Here's what I remember:

And cloudy at times.

But I liked it.

I'm sure the humidity gets much worse, but for those two days, it was heaven.

I planned to go sight-seeing.

I sat by the gorgeous pool, under an umbrella, with a cocktail or four and tweeted. 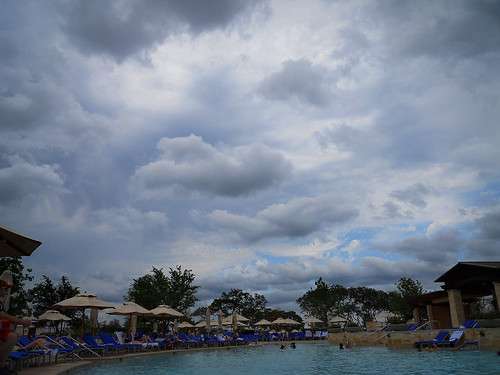 I also took random pictures of the lifeguards. Because after my third vodka-infused Vitamin Water, I stopped caring. 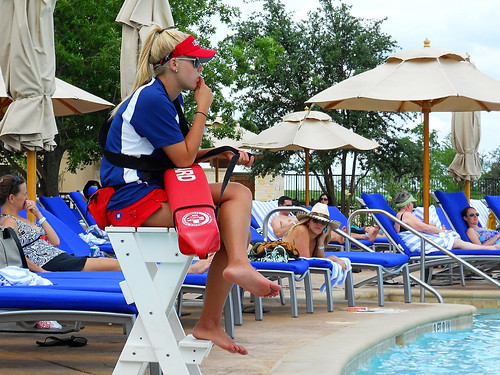 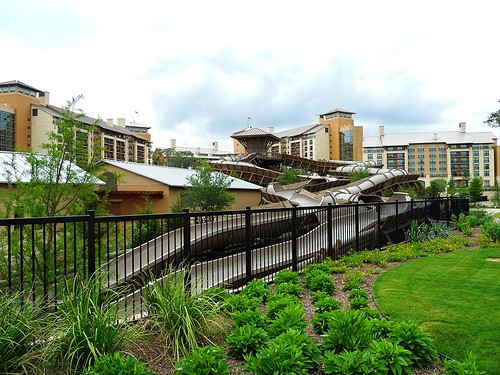 There was a Target nearby. It was spectacular.

The candy aisle alone brought a tear to my eye.

I am embarrassed to admit how much I spent on jelly beans.

But there were so many flavors! More than I've ever seen in one place before!

I'm sorry to say that they did not sell vodka.

Even though the sign above the aisle clearly stated "Beer. Wine. Liquor."

Luckily, there was a liquor store right next door.

And the two men working there was so effing friendly I couldn't stand it. We actually chatted!

I also stopped at a CVS and look what I found while looking for trail mix: 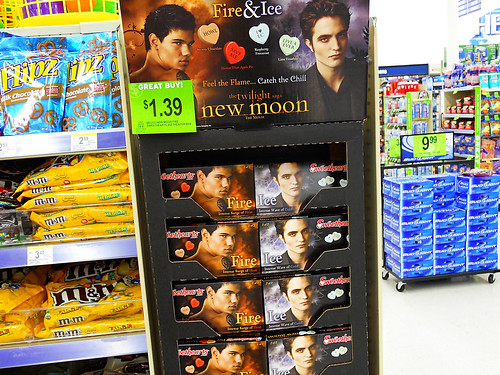 We went downtown to see the Alamo. 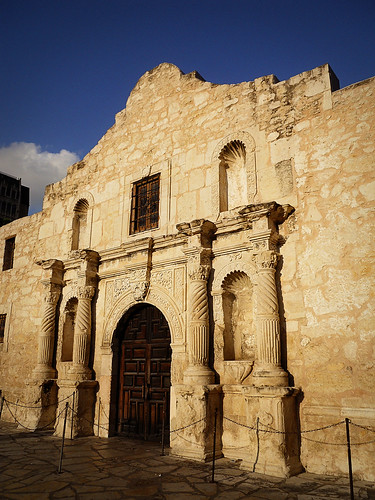 They have a resident cat named C.C. As she strolled past us, no amount of tsk'ing or kissy noises could get her attention.

The Husband thought she was deaf. The guard on duty corrected us. "Nope, she's just a spoiled brat."

We strolled the River Walk.

It was too hot to hold hands.

We had dinner at a British pub, the name of which I've completely forgotten.

I had the chicken curry.

It was too hot for curry.

The River Walk is super cute.

And full of tourists.

The Husband and I had a good time.

In fact, we've been having a good time.

Such a good time that we haven't made any decisions, plans, or even talked about our relationship in weeks.

He bought us fair passes. For him, me, and my kid sister.

When I told my sister, she was excited and then looked at me weird and asked, "What are you guys doing?"

To which, I had no answer.

Because I don't know.

And, as time passes, the not knowing is making me terribly anxious.

The night before I left, we had dinner with old friends.

They drove down from Austin.

And all I could think about was the fact that I had to wake up at four a.m. Killjoy.

All too soon it was time to fly home. 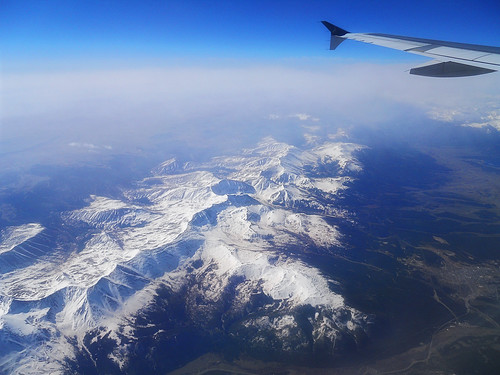 I fell asleep during the first flight.

I read during most of the second.

And ate my weight in jelly beans.

Twenty minutes before we were due to land, we hit such awful turbulence I started to feel sick to my stomach.

The fear of vomiting on a plane while surrounded by people got me so worked up I started to sweat.

I had to tell myself to relax! take deep breaths! get a hold of yourself!

I thought I was going to puke the rainbow.

Orange County was shockingly cold compared to the warmth of San Antonio.

My teeth began to chatter as soon as I stepped outside.

Then again, my teeth chatter at the drop of a hat.

(FYI, I don't understand that saying.)

I didn't unpack until the next day.

I changed into my pajamas, grabbed a blanket and crashed on the couch for five hours.

It was fun, but too short a trip.

I've been exhausted ever since.