The woes and wonders of weight loss

Yeah, I was serious about that whole resolution thing. I know, you probably read that post and thought, "Really? Another commitment? Another something you WON'T FINISH?" and you know what? I'm not gonna hold that against you. 'Cause I get it! I do! I am the Queen of Never Finishing Anything I Start Land. And that "I'm serious about losing weight" post was just one of many I've written over the months.

However. I was serious about being serious. And on January 12th, at the ass crack of 7:30am (which really isn't that bad, I know, but still! It's a Saturday for crying out loud!) I enrolled and attended my first Weight Watchers meeting in I don't know how long. Yep. I'm back. And at $43 bucks a month, I better damn well lose some effing weight.

What I love about Weight Watchers:
1. I love that you can eat whatever you want
2. I love being surrounded by other people like me
3. You know... fatties
4. And I even love weighing in each week
5. Because it holds me accountable
6. And now I stop and think about what I'm putting in my mouth
7. That's what she said

What I hate about Weight Watchers:
1. I hate weighing in each week because it's kinda embarrassing
2. And you feel the need to make excuses about your weight
3. Whether you gain, stay the same, or even lose... but just not that much
4. And the old people tend to ramble on about nothing
5. And there's a lot of old people in these meetings
6. But they're usually super nice so I guess it's not that bad
7. And, damn it, I want to eat more

I'm not gonna do another "that's what she said" joke. You're welcome.

The hardest thing I've found so far? Other than the ridiculous craving for pudding? ANY KIND OF PUDDING? The whole going out to eat thing. Of which I do a lot. Like, a lot a lot. Like, the first week? I went out to dinner FIVE NIGHTS IN A ROW. I don't mean to do this. It's detrimental to my waistline and my wallet. But there it is. I go out to eat. All I can do is try to make the smartest, healthiest decisions possible. And track. Tracking your points is a big effing deal in Weight Watchers.

So, I ask for nutrition info and I calculate the points for things before I order. And, yes, this means my dining companions (well, companion actually; there's usually just the one) has to wait until I've figure out my shit. But it's cool. He's supportive. And that's the most important thing. Surrounding yourself with people who support you and cheer you on. And promise you gifts and stuff. (I need more people promising me gifts.)

Eventually I'll be all "look how much I've lost!" but not just yet. It's still too new. I'm still too close to that horrifying number that starts with a two. But know this, peeps.

This. Shit. Is. Happening.
4 comments

Have you ever noticed matching book covers? I was in Walmart one night and stopped to pick up a book that I thought I had read before. (Why was I picking up a book I'd already read? Because I loved it so much I just wanted to hold it in my hands and look at it and maybe sniff it a little.) Turned out it wasn't my book at all but a completely different one with THE EXACT SAME COVER.

Ever since then, I notice this phenomenon all the time.

This is the cover of Onyx (which my BFF calls "alien twilight"): 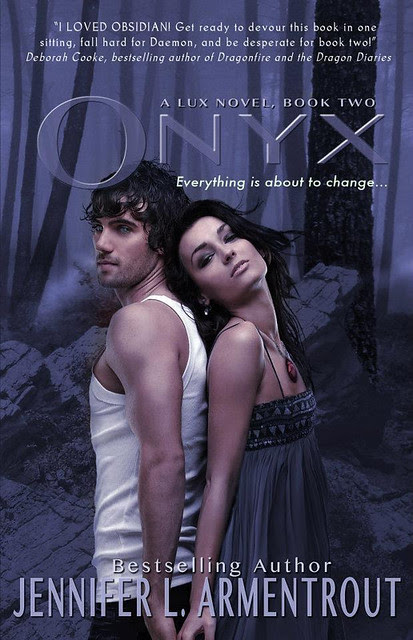 And this is the cover of Significance: 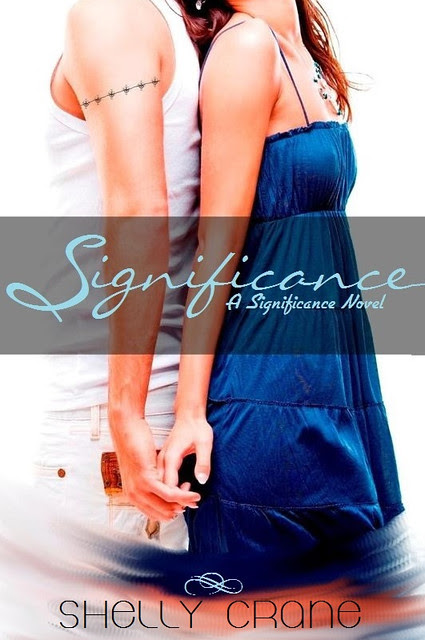 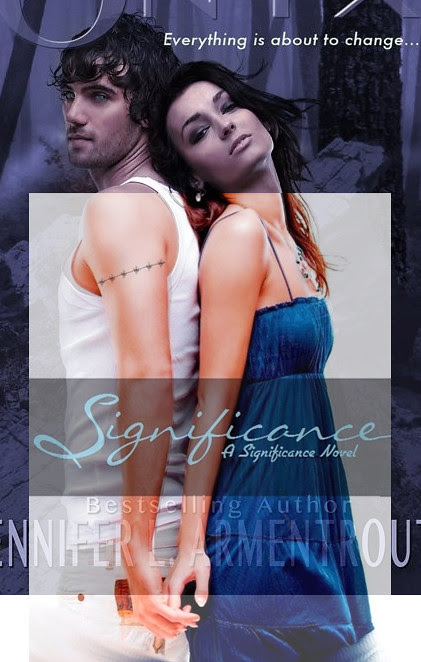 Yeah, I made one. Me, the girl who never finished anything she starts.

Except that I do. Finish things, that is. Maybe not many things, and maybe very rarely, but I do. Case in point: reading. I have committed to and completed the last two Goodreads reading challenges. Now maybe you’re thinking psshht, that’s easy! Especially for someone who reads away her every wakeful hour, but STILL. I finished them. And I’m going to finish this year’s reading challenge, too. Even though this new job keeps me busier than ever and I still go out way too often. Consider it done.

Back to my resolution, which should be called a revolution ‘cause shit’s about to change ‘round here.

Peeps, here it is. My 2013 resolution is to, get this, eat healthier and LOSE. WEIGHT.

Oh, I know it’s going to be hard. I’ve been here and done this and I’m no stranger to struggling with my weight. I’ve been successful in some areas (once upon a time I did get it off) and unsuccessful in others (it didn’t stay off) (obvi).

This means you’re all in for a real treat. Regular weight loss updates are in your future. You’re welcome.

So, who else made a resolution for the new year? Come on, tell me all about it.
3 comments