I went to the library tonight. I even checked out a few books. (A habit my wallet only hopes I'll maintain.) I've been to this particular library before. Once. I wrote the post "how to start a novel" while I was there. Walking in, I was totally taken aback to that first visit. You see, I'm the kind of person who hates not knowing what I'm doing or where I'm going. It took me a long time to understand this about myself, but now I know. I rely on the buddy system. Unfortunately I didn't have a buddy the first time I went to this particular library. But it's a library! What could go wrong? Not wanting to look like a complete newb, I walked in and made an immediate right. I just wanted a place to sit, settle, and blend in. I quickly found a table and did just that. Twenty minutes later, after settling and, you know, taking in my surroundings, I realized my mistake. I was sitting in the children's section. Suddenly it all made sense why the desks and chairs seemed so small. I sat there for several more minutes... just so it would appear that I meant to sit there all along. Then I fake looked at my wrist like I was checking the time and made like I was late for ANYTHING. (FYI, I don't wear a watch.) Tonight I walked straight to the information desk. I asked the nice librarians, "could you please point me in the right direction?" and they did just that. Sometimes I'm amazed by what acting like a mature adult can accomplish.
2 comments

I work with a lady who Starbucks bombs me on a regular basis. And this wouldn’t be a bad thing (it would be a freaking fantastic thing) if I actually liked her. But I don’t. In fact, I despise her with a passion the likes of which I’ve never in 30 (whole years!) experienced. I hate this woman so much that even when she manages to slither in and sneak a Starbucks my way I DON’T WANT IT. Me! Not want Starbucks! Not want a perfectly made toffee nut latte! CAN YOU IMAGINE!? That is how much I detest this woman.

A Starbucks bomb is a Starbucks drink that appears, almost magically, from out of nowhere. And normally you’d think how amazing is THIS! because when does anything ever just appear? Especially something that you love beyond reason or common sense. (If I had any sense I’d stop spending my hard-earned money- I mean, earned money on frickin’ coffee.) But then you realize where- er, who it came from and suddenly it's the most disgusting thing ever created. You'd rather drink puke beer. (Whatever you do, don't click on that link. It's a horrible, disgusting video, but it was the only way I could make you understand how much I loathe this woman. I'd rather drink puke beer.)

Okay, clearly you need an example. I'll give you two. And then I'll actually get to the point. (You're welcome.)

Example #1. A couple of weeks ago, I get to work, get settled, and start to, well, work. Or, you know, whatever it is I do here. An hour in and it's time for Starbucks. My coffee is delicious! I enjoy it immensely! Then I'm done and I throw it away. A little while later, there's a Starbucks cup sitting near my elbow. I think that's strange. Didn't I throw that away, like, an hour ago? I assume I didn't and I pick up said cup to do just that when, whaddya know! IT'S A WHOLE NEW DRINK! She never said a word. I didn't even know she left the room! I'm pretty sure she's psychotic.

Example #2. Last week we set up a satellite check-in desk in one of our ballrooms. Me and a few other people were out of the office and stationed there for the day. I'm doing my thing, talking to people, offering my expert assistance and generally being a superstar as is the norm when I glance to my left and find a Starbucks gift card. I turn to a coworker and ask, "where did this come from?" To which he replies, "Stephanie brought that a few minutes ago."

(Yes, her name is Stephanie. Just. Like. Mine. The universe is having a good laugh over this. That asshole.)

Peeps, this was no easy feat! Here, I'll show you. The ballroom we were in was approximately 10,000 square feet. (That's not an exaggeration.) It looks like this: 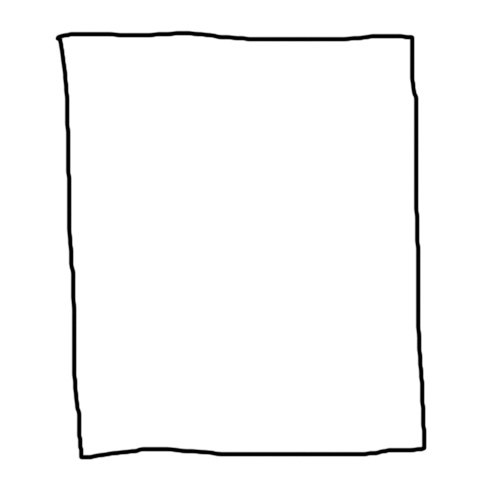 Inside this too-huge-for-what-we-had-planned room, we had six stations set up. 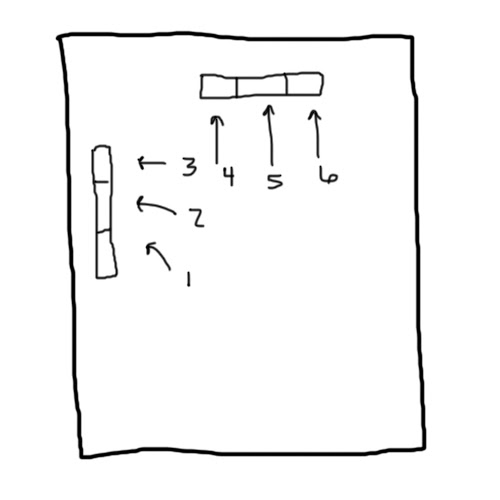 And I was on the far side of the room. 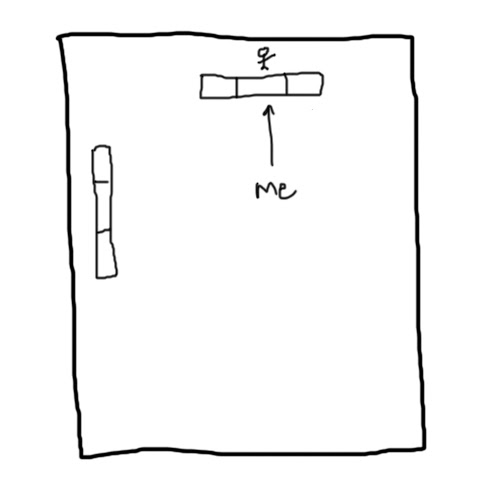 Imagine all these little x's-turned-scribbles-'cause-I-got-lazy are bodies. And that circle at the top of the line? That's a podium that I forgot to finish drawing. Whoops. 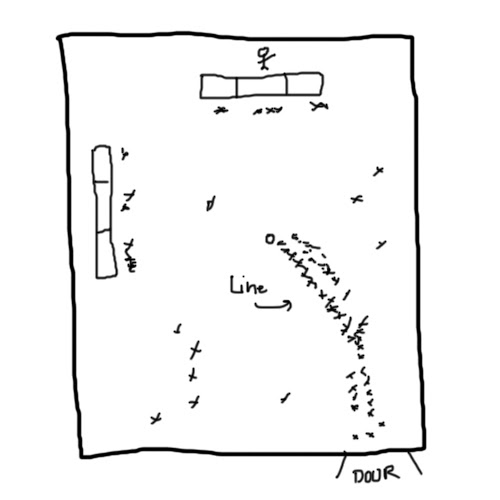 Now this Starbucks bomber (I refuse to call her Stephanie) made it through the entire freaking room and back without being seen by me. 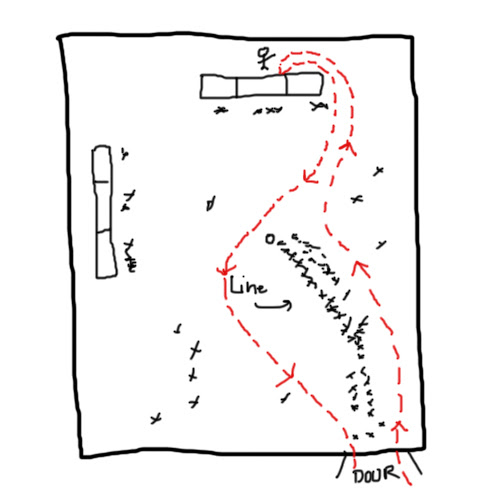 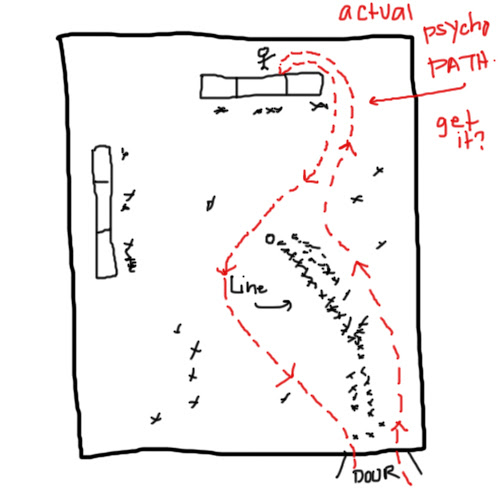 She bought me the Starbucks card for my birthday. (Haven't you heard? I'm 30 now.) (When should I start picking out caskets?) Before you call me a complete bitch, who in their right mind buys a gift and DOESN'T SAY ANYTHING?! This is not normal behavior.

Let me tell you about another type of bomb. The e-mail bomb. These come in all sorts of styles. You've all probably received one at some time or another. I received one on my birthday of all days. My 30th birthday. (30. Fuck.) And it came from the father I haven't heard from in ten years. Ten. Years. Since that one day I called and invited him to my wedding and he said he already had plans. And what did his e-mail say?

First of all, "Birthday" should not be capitalized. By using a period, you've made this a sentence. You Don't Capitalize Every Word In A Sentence. Duh. (Just like you don't use "your" when you mean "you're." And I don't care if that book was only a dollar. I've decided that mistake is unforgivable in a PUBLISHED BOOK.)

Second, THAT'S ALL YOU HAVE TO SAY? After ten years? To be quite honest, I'd rather you say nothing at all. Because, to be quite honest again, the (non-existent) relationship we have now is JUST FINE BY ME. No, really, it is. I'm not just saying that because I'm this sad little (or not so little) (dieting still sucks) girl with daddy issues. I may have daddy issues, but I'll take the issues over the daddy every day of the week. (I really hate the word "daddy.") (And, since we're on the subject, the word "panties.") (And, yes, I just used the words "daddy" and "panties" in the same freaking paragraph. I've lost all control of this post.)

So, here's my public service announcement:

Bombs, any sort of bombs, whether they include Starbucks or not (although, now that I think about it, if you're going to bomb someone, you probably should include their favorite coffee), are not okay. If you have something to say, SAY IT. Be polite and courteous and USE YOUR WORDS. Don't make a person wonder what you mean or why now. We all have enough going on in our lives without the added crazy that comes with an unexpected e-mail from someone you have no interest in hearing from and never expected to hear from in the first place! (Please picture me waving my hands around very dramatically otherwise you're not gonna get the full effect.)

Now I'm stepping off my soap box (is that the right term here?) and saying goodbye forever!

But, you know, not really on the forever part.
2 comments