Edward. And another failed resolution. Naturally.

2010 was an interesting year. (Yes, I'm taking us back just a bit.) My then husband and I had just moved into a new apartment and promptly split up. But before the drama there was a New Years resolution. One I never told you about because (gasp!) I never finished it and sometimes I just don't want to admit to quitting. Again. But I found these photos and they made me so happy (and so disappointed for not following through for ONCE IN MY LIFE) that I had to share.

Oh. The resolution? Was to take a picture of Edward every day for a year. In my defense, I did not buy myself the doll. A friend did. And I still have it, so maybe, one day, I'll take up right where I left off. (But maybe probably not.)

January 1, 2010 | "Today, Edward took up permanent residence in my purse for the adventure of a life time." (These captions are what I had typed in on Flickr. Sometimes my cleverness knows no bounds.) 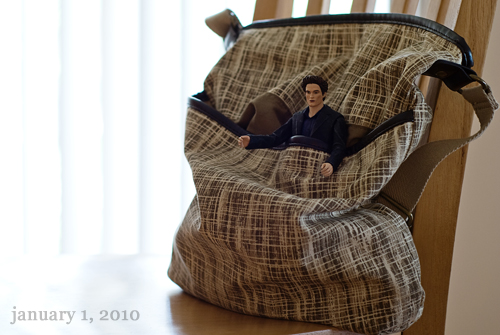 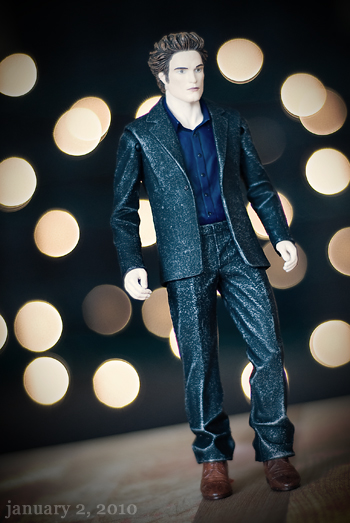 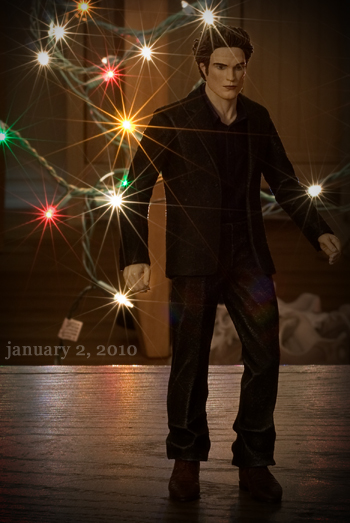 January 3, 2010 | "I went to bed for a much needed nap, but made the mistake of bringing my laptop. I got distracted and we watched Under the Tuscan Sun instead." 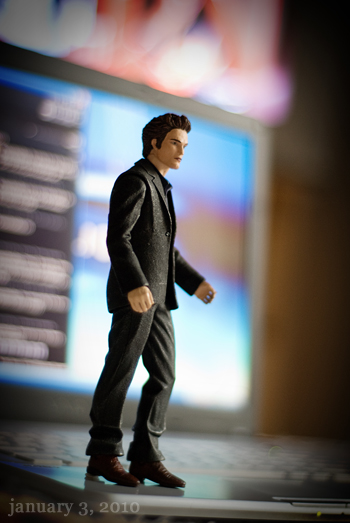 January 4, 2010 | "Wrapping a Christmas gift that come TEN DAYS LATE. (NFLshop? You suck.) And the tape? Well, one of Edward's legs is longer than the other. Something Stephenie Meyer failed to mention this in the books." 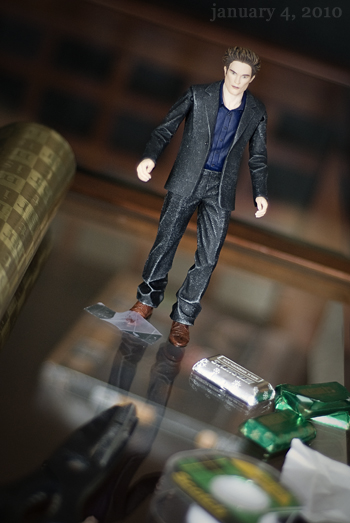 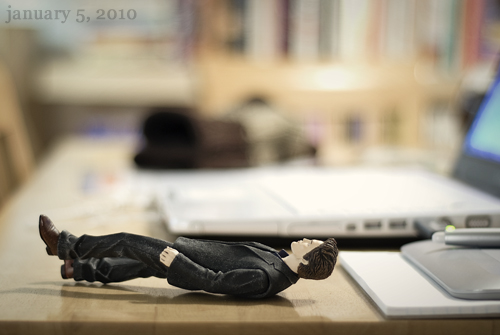 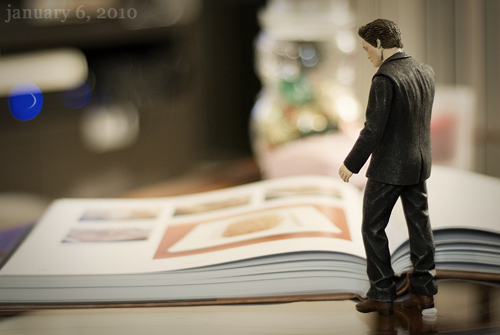 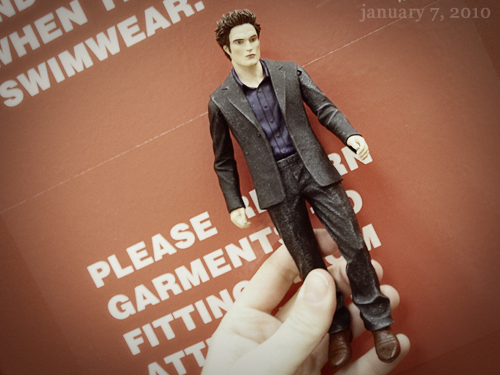 January 7, 2010 bonus! | "Bonus picture. After leaving the Target dressing room, I was so mad at myself for not having the balls to take a picture in public that I threw him into a bin of bargain panties and snapped a picture. Yes, really. You're welcome." 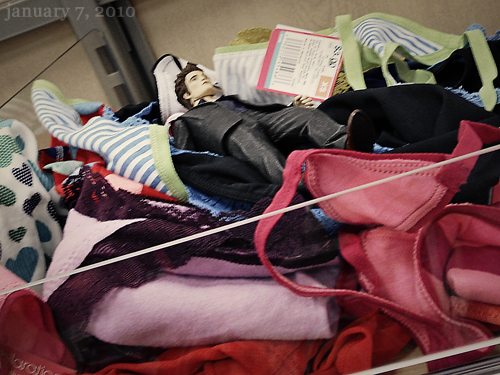 January 8, 2010 | "At the movies where we watched Leap Year (awful) and then movie hopped because he just had to see himself in New Moon. For a 5th time. He has a problem. (By the way. Flash. Ew.)" 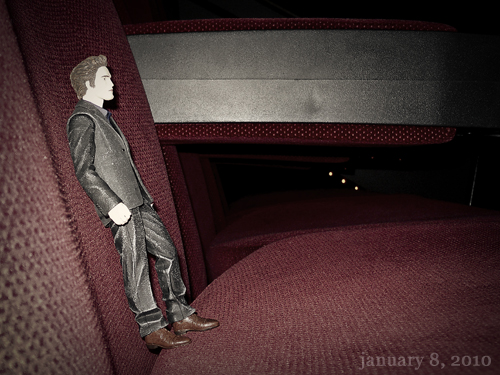 So, what do you think? Continue some day? Or let it stay in the past?
2 comments

I made my very last car payment a few days ago. Naturally, as soon as I hit "submit payment," the problems started. Suddenly that poor car was running a lot louder than normal and, horror of all horrors, I couldn't get above 60 without fearing the whole damn thing was going to break apart into a million tiny pieces. And, FYI, there's a whole other reason to fear for your life when you're doing 60 MPH on the 5 freeway and it's called OTHER DRIVERS. So, the car is in the shop and I'm waiting for them to call and let me know what they'd like to name my first born child and let me just say this: that little Toyota better enjoy this extra attention because, so help me, I am not putting another dime into it for at least... well, three months. Which is when I'll need my next oil change.

How's your car holding up these days?
3 comments