Confession: I spent six bucks on a candy bar.

That's right. Six dollars. I mean, it's not like I've never spent six dollars on chocolate before. Trust me. I have. Many, many times. But never on one three-ounce bar. I am officially insane and The Husband is this close to putting me on a strict allowance. (Which might not be that bad an idea.)

Here's what happened. I very innocently sat down to my computer one morning. With a smile, I began reading a comment left by a lady named Karen. I don't know Karen, have never heard from her before, but it seems she stumbled across my blog over at WordPress. (Remember when I moved my blog from Blogger to WordPress and back again all within a month? Wasn't that fun? We should so do that again someday.) (Or not.)

Karen had some lovely things to say. Of course, it was all a cover used to prevent me from realizing she was really a monster sent to destroy me. It should have clicked immediately after she wrote: "If you have not tried the Dark Chocolate/Sea Salt candy bars at Cost Plus/World Market, get your A** there immediately! They are to die for..."

This is a problem because something inexplicable comes over me as soon as someone I've never met suggests something I've never tried. That's it. I have to have it. Now. And if it's chocolate? You better hope you're not standing in the way.

Within a half hour, I was on my way. To a store, I might add, I've never been to before. One I immediately fell in love with. And let me just say it's amazing I managed to walk out without spending more than eight dollars! How have I lived without having shopped here before?! 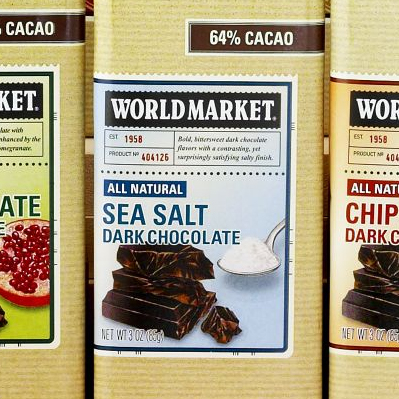 Seriously yum. I loved it. Thanks, Karen! (If you're still out there.)

Of course, right next to it were all of these assorted exotic (it said so right on the package) chocolate bars I had never seen or heard of before. Including: 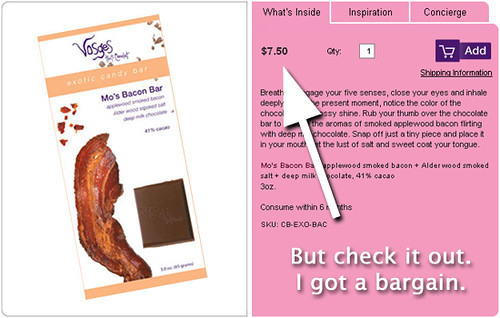 Seven-fifty online, but only six bucks at the store. Steal.

But, seriously, what possesses me to buy things like this?!

I think it stems from leftover frustration and regret that I never got my chance to experience the chocolate-covered bacon at the fair this past Summer. Man, I really wanted to try it. But, honestly, the bacon on the cover doesn't even look appetizing.

But I had to have it. And then I had to endure The Wrath. ("You spent HOW MUCH on CHOCOLATE?!")

And, sadly, it wasn't even worth it. Or it's quite possible that my expectations were so high (SIX DOLLARS!) that I was doomed to be disappointed. J loved it and ate most of the damn thing by herself. 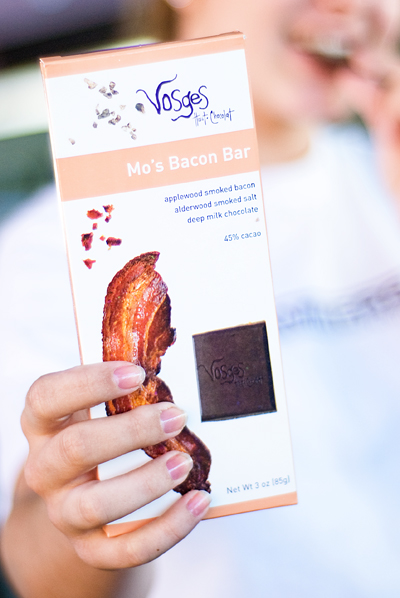 Me? I'll take the Sea Salt Dark Chocolate any day of the week. Bacon? I'll see you at breakfast, buddy.

Also, I found this:

Except, after the chocolate, I couldn't justify the cost. And I mistakenly assumed I'd be able to find a recipe. I couldn't.

So, for you I have three questions.

One, what's the strangest chocolate concoction you've ever tried?
Two, have you ever spent a regrettable amount of money on candy?
Three, do you have any idea how to make Pumpkin Bark???