My face requests your assistance.

I don't wear makeup. There, I said it. Other than a teeny-tiny bit of foundation to even skin tones or cover the occasional blemish, I do not. wear. makeup.

Don't get me wrong. This is not some dramatic life choice. I have nothing against people who wear makeup and, in fact, I'm a little envious of women who can apply it so flawlessly. I am especially jealous of that perfect smokey eye.

But, as I grew up, cosmetics were never a hot topic for me. Maybe it would have kicked in sometime during high school, but I was in and out until I finally made my escape at sixteen. Skip ahead a couple years and I met The Husband. Makeup isn't on his list of priorities, either.

In fact, the few times I've had my face professionally decorated for various events, he always looks at me as if I've sprouted a second head. The toad.

So, maybe blush and eyeshadow aren't things that I really need to worry about, but I gotta say, I'm tired of feeling like the odd man out when standing amidst a group of women who get into very heated discussions about the appropriate application of makeup before leaving the house each day. 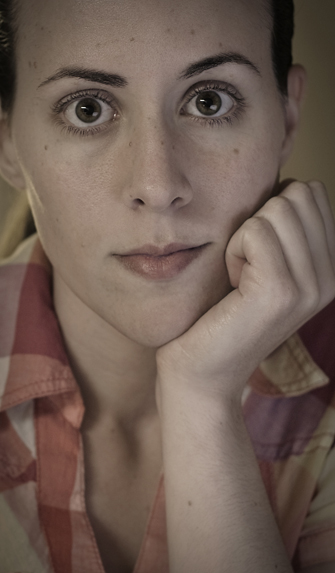 (Well, not quite like this. It's a real-time photo, peeps. I'm sitting in a dark dining room with one fluorescent light casting harsh shadows from the kitchen. I did what I could with it.) 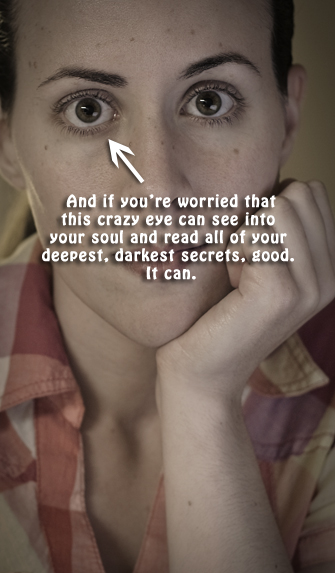 But you get the gist of it. No eyeshadow, mascara, or eyeliner. When I've tried in the past, it's made my eyes look darker and even more possessed. I'm starting to worry that they're just too dark, my lashes too long, to handle any kind of eye makeup. 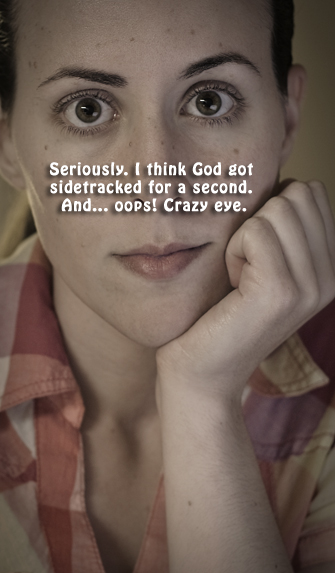 I don't know if I'd want any color on my cheeks. Apparently I blush easily. Which is odd 'cause I don't often feel embarrassed. And then people tease me and point and shout , "Ooooh, you're BLUUUSHING!!" I usually find myself looking back at them as if they sprouted a second head. 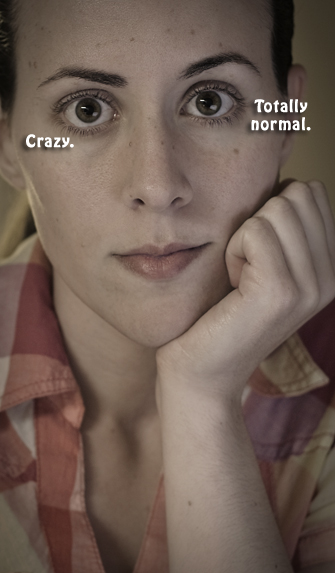 Lipstick. I can't help it. I think why bother? It's just going to come off. And rather quickly, I believe, as I'm a terrible lip-chewer. I'd rather just stick with lip gloss and chap stick. Those I have in abundance. Seriously. It's a problem. Go through my purse at any given time and you'll find at least eleven. My favorite is the Ben & Jerry's Chocolate Chip Cookie Dough flavored lip balm I picked up in Vermont two years ago. Although, most of the time I open it just to sniff it. 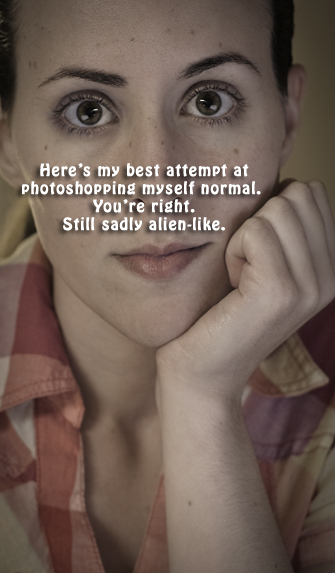 When I was in Palm Springs two weekends ago, I was chatting with a friend during one of the softball games. She's one of those genuinely nice people and, after talking to her, I always think I should surround myself with more people like her. Then the next sarcastic comment flies out of my mouth and the moment passes.

She was playing catcher and flirting with the umpire when he asked her out to dinner. She's telling me this and we're both pointing and giggling over how cute he is and she says, "But I really didn't want to worry about doing my makeup tonight." She sighed rather dramatically and I wanted to grab her by the shoulders and shake her.

So, don't do it!, I wanted to shout, but even though I never received my copy of the Official Cosmetic Rule Book, I know that most women feel the same way: makeup is necessary. And saying otherwise would make me seem like a fresh-off-the-farm country bumpkin.

Sadly, my idea of getting dressed up before leaving the house is BRUSHING MY HAIR.

I need help, otherwise I may end up leaving the house looking... like this... 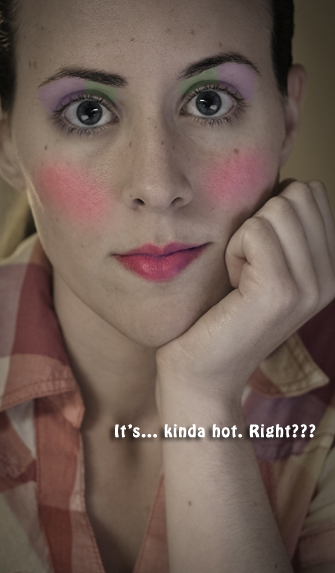