Alternate title: And the mystery continues. 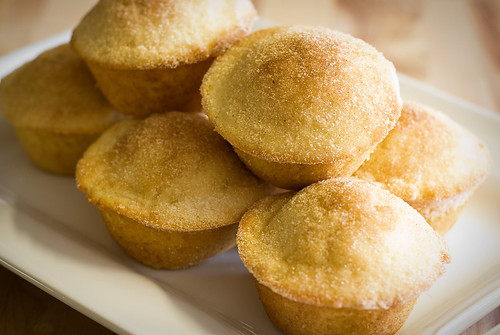 These are the muffins I made before my kitchen imploded. And, although they're a bit pointy (better than the alternative, right?) and my boyfriend could point out all the reasons these wouldn't be considered real muffins, they sure tasted good.

I love muffins. Seriously. Love. It was back in '07, on our road trip through New England, that I had my very first taste of Dunkin' Donuts. Holy Mother of Sweet Pastries. Their coffee was great. Their muffins were AMAZING.

It was early morning on one of the two days we spent in Boston. We had plans to walk the Freedom Trail (which they say is only 2.5 miles, but really it's, like, 11 if you get lost somewhere around the U.S.S. Constitution like we did), but since we were totally sleep deprived still on west coast time, I told The Husband I would not leave the room without the guarantee of coffee.

So, before starting out for the day, we stopped at Dunkin' Donuts. Oh, glorious muffins. I was afraid we wouldn't find ourselves near another DD and loaded up. The Husband was stuck carrying around a box of muffins for the rest of the day. 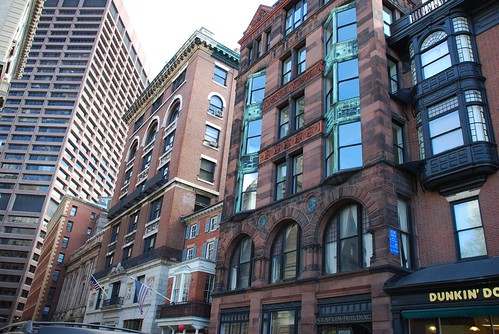 But, turns out, they were everywhere. Much like Starbucks. And I needn't have worried that I wouldn't get my muffin fix wherever we found ourselves.

I would totally move to Boston if I didn't think I'd freeze to death in my own home during my first real winter. 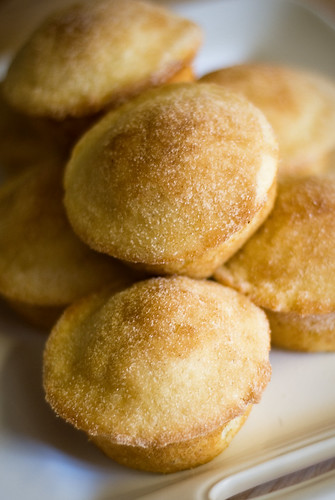 This is the first muffin recipe I used. J and I made these together. I wouldn't say we half-assed them, but we certainly didn't go to such extremes as I did with the others.

Last night, as I was typing up the recipe, I realized that I only used 3/4 of a TEASPOON of baking powder. The recipe calls for 3/4 of a TABLESPOON. Baking fail, right? Except these turned out TEN TIMES BETTER than when I followed every minute instruction to the letter.

What the hell gives?! 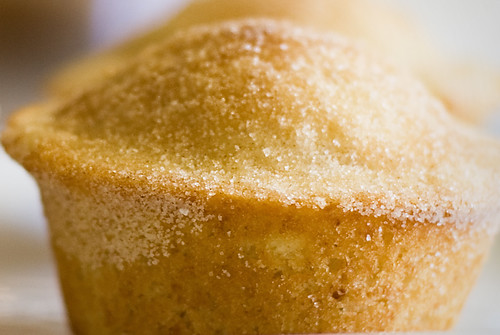 In a large bowl, beat the butter and sugar together until light and creamy. Add the eggs, a little at a time, beating well between additions.

Sift the flour, baking powder, baking soda, salt, and nutmeg together. Add half to the creamed mixture with half of the milk. Gently fold the ingredients together before incorporating the remaining flour and milk. Spoon the mixture into the prepared muffin pan, filling each hole to about two-thirds full.

Bake for 15-20 minutes or until the muffins are lightly brown and firm to the touch.

For the topping, mix the sugar and cinnamon together. While the muffins are still warm from the oven, brush lightly with melted butter and sprinkle over the cinnamon and sugar mixture. Eat warm or cold. (Totally awesome when warm, but then again, what isn't?)