We went to see the waves. And so did eight million of our closest friends. And by "closest friends" I, of course, mean random, irritating strangers who should have realized they had more important things to do. No such luck.

I'd love to share all the specifics, the why's and how's... but I don't pay enough attention myself. All I know is that there was a storm. Like, a month ago. Maybe in Mexico. Maybe somewhere else. And, eventually, the waves here reacted. And everybody showed up to see Mother Nature at work. The end. 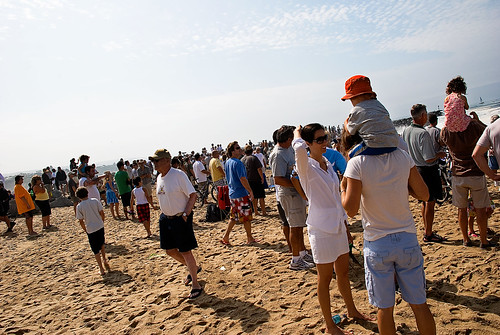 Well, I was hoping I'd be able to capture some images, but... they got in my way. I may have, quietly, growled at them. 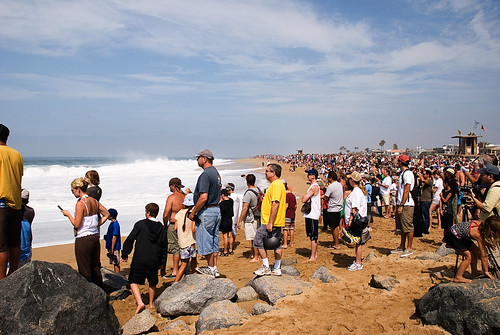 Seriously, people. How do you expect me to do anything with all of you standing around, doing nothing but block my view? 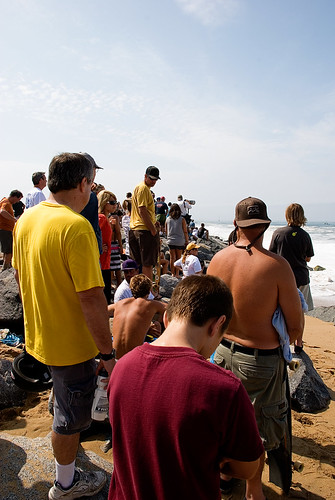 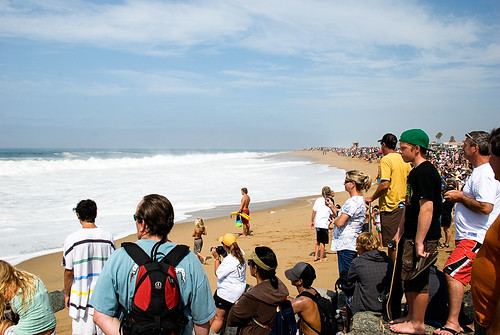 I felt bad for the lifeguards who not only had to keep an eye on the undoubtedly angry surfers, but keep the crowds back, too. And I'm not sure if you've realized this before, but people are rude, especially when they realize they outnumber the authority figure.

Then I noticed them. 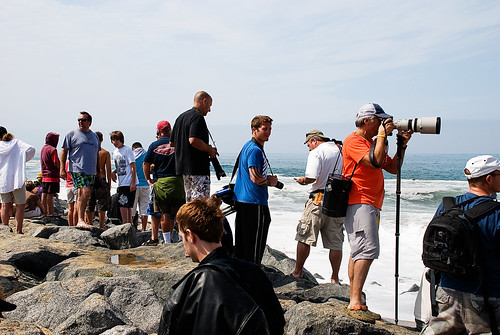 Photographers. Why can't I take my eyes off 'em? I'm only sharing this one photo, but I took dozens while standing a few feet away wondering who they were, what equipment they were using, how they were using it, why. They're just so fascinating, don't you think? 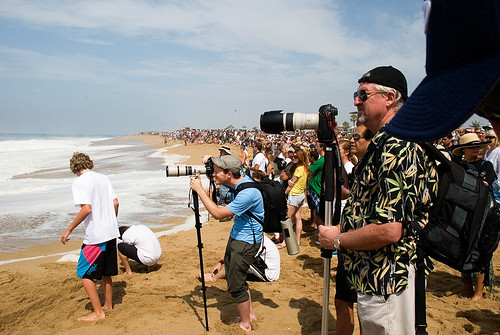 These guys were on the other side of me. I was surrounded. And it was awesome.

I totally forgot why we were there. I just wanted to take pictures of these guys taking pictures.

And that's right. Guys. All men photographers, no women. Interesting.

There was one photographer in a wheelchair. As I watched him and three others struggle to wheel him through the sand and get him back on solid ground later, I couldn't help but hope he got the shot. Otherwise... all that effort for...? I didn't take a picture of him.

There was another kind of photographer at the beach that day. 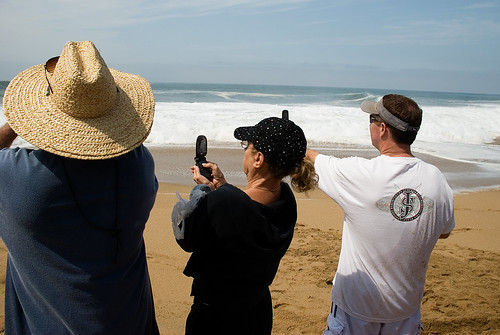 Hey, I'm not knockin' it. I take pictures with my phone all the time, but not scenic pictures. Cell phones can barely capture the detail in a person's face three feet away. How can they expect it to capture the detail and beauty of the ocean at thirty feet away? 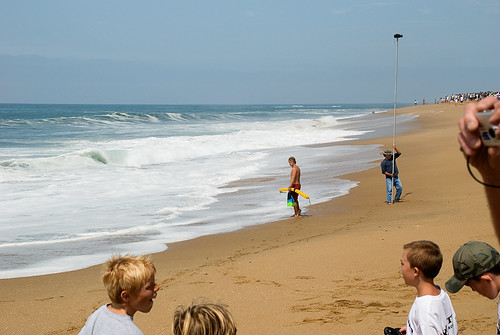 This guy caused quite the uproar with his contraption. I'm not sure if you can tell, but atop that pole there? Two cameras strapped in. He moved all around the crowd, propping that thing up and taking pictures. I'm not sure what he captured, but it was interesting to watch.

You know what I admired most about him? He was fearless. People around him were pointing and staring, all their attention temporarily focused completely on him... and he didn't bat an eye. I wish I could be more like that. 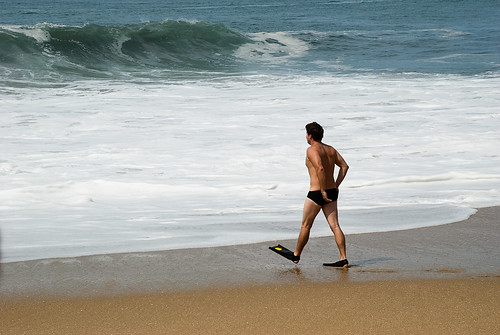 Here's a glimpse of what he went running into: 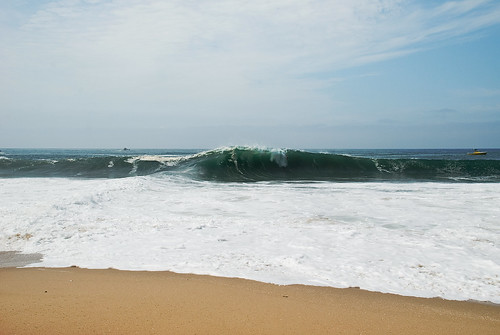 Need a little perspective? Here's a very grainy close up: 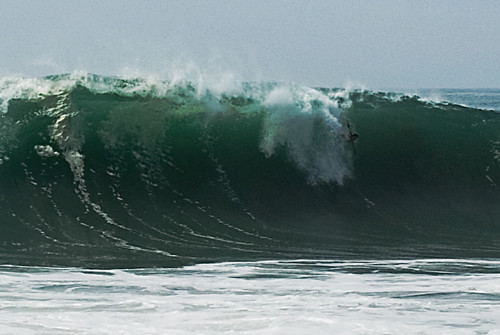 Update: I just received an e-mail from The Husband. And it went: "The storm was in Tahiti only 4 days prior to the waves arriving. They travel 400 miles a day because of the winds. You're killing me. Jeez." So, there.