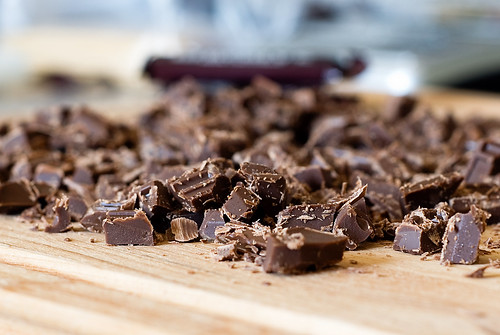 God, I love Hershey's chocolate. Say what you will about it or any other chocolate that you think is better... I don't care. Hershey's and I have had an ongoing love affair for years and it ain't showin' signs of slowin'. (And for the rest of this post, I shall refrain from usin' any g's. Thank you.)

On Monday... did you know that Monday is my official baking day? Because I'm at home, alone, and that's just what I do. So, if you ever find yourself on a Monday thinking I wonder what Stephanie's up to today? Well, I'm in my kitchen. Or I'm sleeping it off on the sofa.

So, on Monday, I found this recipe for brownies that were topped with peanuts, chocolate chips and marshmallow fluff. They looked good, but I knew my husband would start packing if I made anything with nuts. Immediately, I thought s'mores. Instead of peanuts, I'll use graham crackers. And instead of chocolate chips, I'll use Hershey's chocolate. (Because you can't make s'mores without using Hershey's. I'm sorry, you just can't.)

The great thing about this recipe is that it's EASY. The brownies came from a box. Sure, you could make your own from scratch, but Betty Crocker does a pretty damn good job of it. 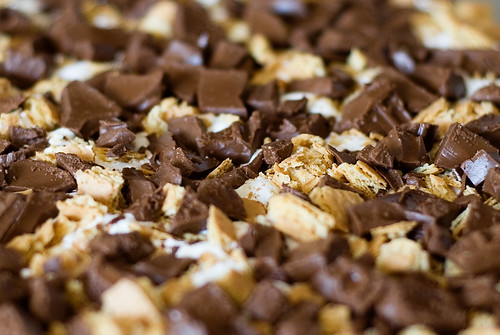 Make the brownies according to directions and let them cool. Then spread a jar of marshmallow fluff all over the top. (I may have eaten a spoonful, but it's okay. I didn't need the whole jar.) Chop up graham crackers and Hershey's chocolate and sprinkled both over the marshmallow. I'm sorry if you're looking for exact amounts here, but I just eyeballed it. Besides, I don't think you could do wrong with this one.

Actually, I found this recipe just last night and probably would have used it had I found it on Monday. (Except I'm kinda glad I didn't because it might not have gotten the same rave reviews. Yes, they were raving.)

After topping the brownies with all the good stuff, pop it back into a 325 degree oven for about ten minutes. 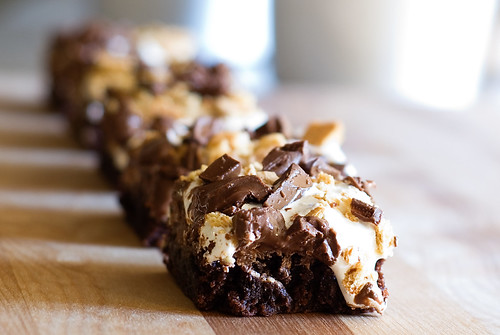 I was going to say these are amazing right out of the oven (and THEY ARE) but they're also amazing an hour later. The next day. Even the day after that.

I read a tip that they're much easier to cut if you've let them chill in the fridge for a little bit. That's probably true, but I cut mine after an hour of cooling on the counter and they were fine. Just gooey. And delicious. And hard to stop eating. Seriously, I'm not even going to tell you that I ate four of them myself how many I ate.) 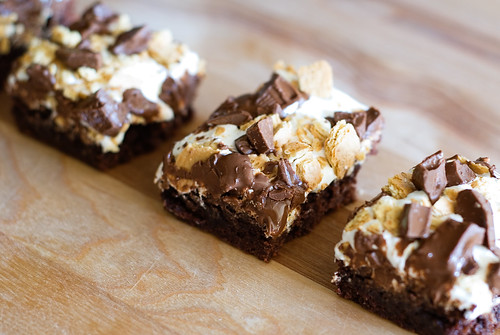 My husband took a plate of these to work yesterday and the verdict was that they were better than cake balls. I said there's no way, they just haven't had cake balls in a while. THEY'VE FORGOTTEN. But, yeah, they're THAT GOOD. My husband... that man I married who doesn't even appreciate sweet, baked goods the way a normal person should... has been begging me to make more. If that doesn't tell you how good these are, then I can't help you. 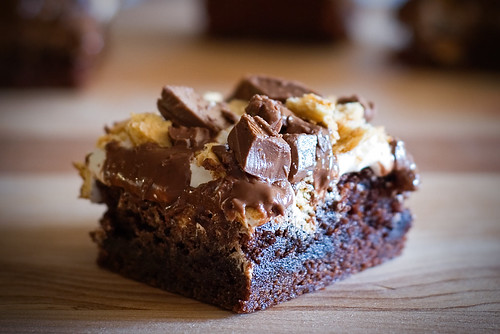