Anyone for a swim? 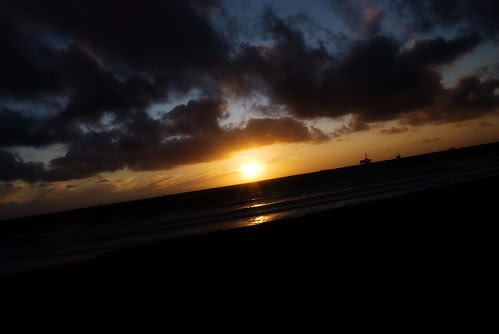 J and I went to the beach last night. She wanted to jump off things and I said, "I'll get my camera!"

No, seriously. She's been asking me to take pictures of her jumping off swings. I don't know why. She's fourteen. Is that normal?

I told her I would, but we keep getting sidetracked. So, when we decided to run down to the beach, she said I could take a picture of her jumping off the lifeguard station and I said, "Oh, how gracious of you." (She's odd.)

Unfortunately, it was just dark enough to prevent us from getting nice, sharp images. That doesn't stop me from loving this one. 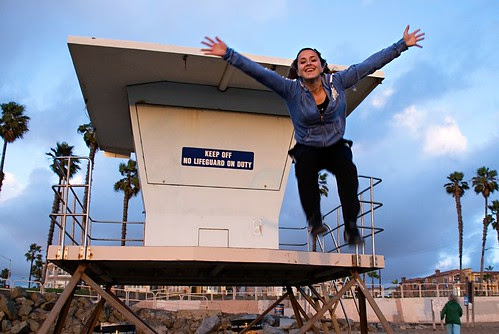 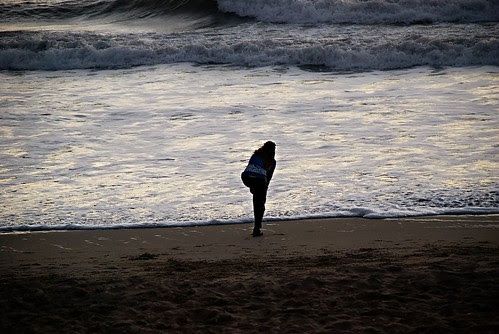 I seriously thought she was taking off her shoes to test the water. I waited, holding my breath, to see if she would really do it.

Now, I know there are several of you out there enduring blizzards and more snow than you know what to do with and you guys are cold. I get that.

But, for those of us raised here in southern California, Land of Sunshine, it was cold down by the ocean. It was windy and my teeth chattered. Loudly.

I could only imagine how cold that water was. I'm getting the chills just thinking about it.

She never did stick her toes in. The coward. 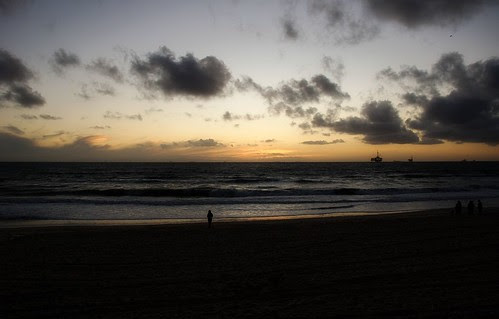 It'd be nice to have a great wide angle lens to capture the enormity of the ocean, but standing my little sister there in front of the waves does the trick as far as I'm concerned.

One day, I think The Husband and I will probably move out of state. As much as I try to deny it, leaving the beaches will be difficult.