Softball, Sushi, and Starbucks oh my

After the boys finished their four games in someone-just-kill-me-now heat yesterday, they dragged their dirty, sweaty, tired bodies into the bar (located conveniently in the center of all five softball fields) and ordered a lot of beer.

And these somehow made an appearance, but I'm still not sure how they got here. 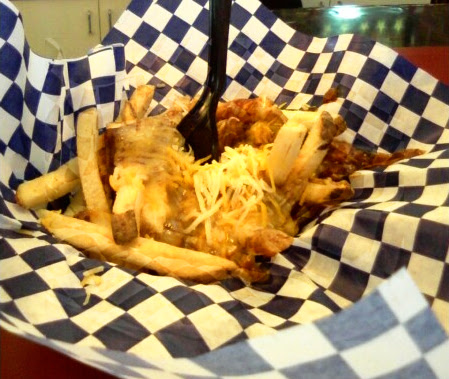 At least I had a light beer with my chili cheese fries.

Later, after the Husband's nap and my failed attempt to find some really good fudge, we went here. 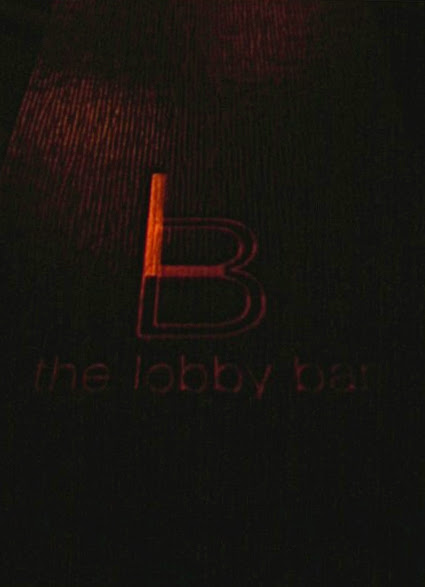 And I ordered the prettiest pineapple martini ever. I would have taken a picture of it (and the sushi I could've happily eaten eight plates of), but we had people join us and I really hate enduring that look that screams have you been living in a cave your whole life??? and then having to explain why I'm taking pictures of food.

But I did snap a picture of these lights. 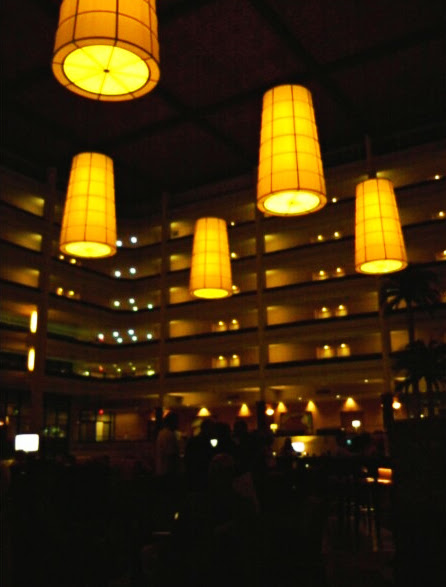 These lights make me crave oranges. They're fairly new, as is the rest of the lobby. They gutted and redesigned it a year or so ago. Prior to the renovation, it was comfortable, but very eighties. Huge cascading crystal chandeliers used to hang from the ceiling. I suppose the oranges are an improvement, but as much as I love this hotel and especially this bar, I'm not sure those lights would have been my first choice. When we get home and I'm finally able to unload some 300+ photos from my overstuffed camera, I'll share some better pictures.

Now, unfortunately, the time has come for me to leave this wonderfully air conditioned hotel room and rejoin the festivities currently underway at the softball fields. That's right, it's day two of the tournament and the Husband's team, which went three and one yesterday and is now tied for first place, could potentially play another five games today. Depending on how well they do and if they make it to the finals.

Let me just say this. Thank God for the Starbucks in the lobby.