A Day in Yellowstone: the Road Trip continues...

It's going to take me a year to go through the 600+ pictures I took during the not quite two days we spent in Palm Springs. Until then, I'm taking us back to 2006... 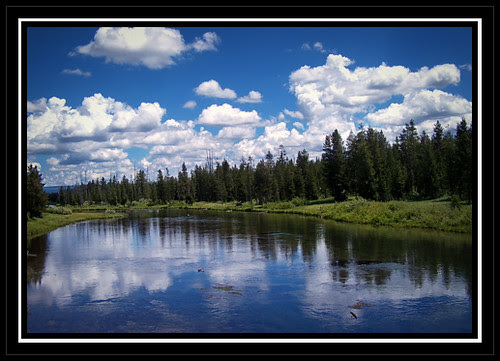 (This photo taken somewhere along some highway before we reached Yellowstone.)
Going through these old pictures of The Great Hot Road Trip of 2006 has given me the incredibly hard to resist urge to go somewhere. I keep telling the Husband and he keeps asking me where I want to go and I keep telling him "somewhere far."

My dream in life is to win the lottery, buy a pimped-out RV and travel all over the world.

I suppose I'd better start playing the lottery. 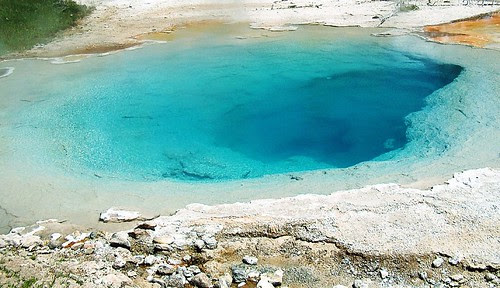 Yellowstone National Park was absolutely gorgeous. The Husband and I talk about moving a lot and I always suggest Wyoming. The Husband will ask, "But where would we work?" and I'll say, "We could be park rangers!" And then he laughs. "You couldn't be a park ranger!" he says, crushing my dreams, "at the first sight of a squirrel, you'd freak out and shoot yourself in the foot!" And I ask, "They give park rangers guns?!"

I really just want to work at the admission gate and take money from people. 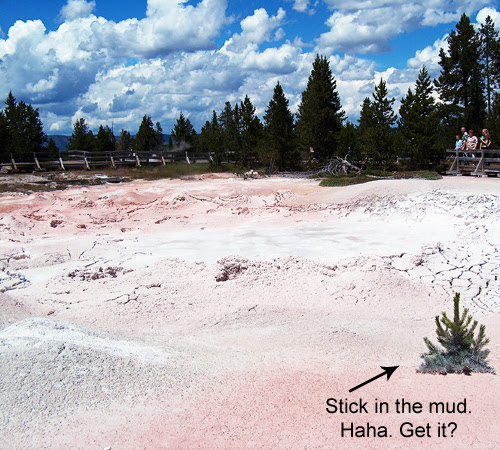 By the way, those mud pots/holes/whatever were really stinky. Like rotten eggs. Seriously. Stinky. 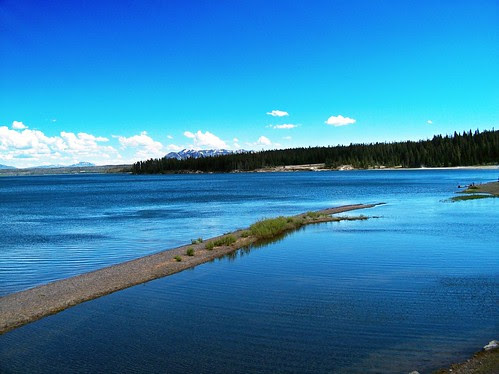 Anyone for a swim? It was July, but um... there was snow on the mountain tops. I'm thinking that water was still pretty darn cold. 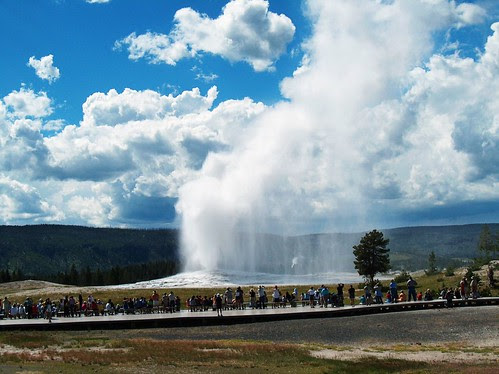 Old Faithful Geyser. Those people down there were nuts. It was hot out and they sat there for an hour, just waiting, because Old Faithful isn't really that faithful. The geyser goes off every hour or two.

We were scheduled to be in Billings, Montana that night so we only spent the day cruising around Yellowstone. We saw a lot of water during the first half of our drive; the streams, Yellowstone Lake, waterfalls, geysers, etc... Then we found ourselves in the mountains surrounded by greenery. And these guys. 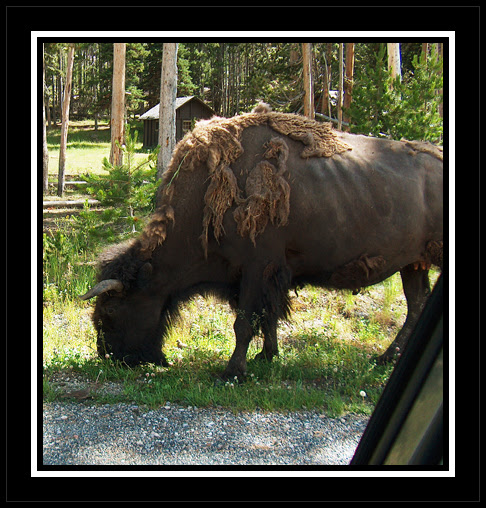 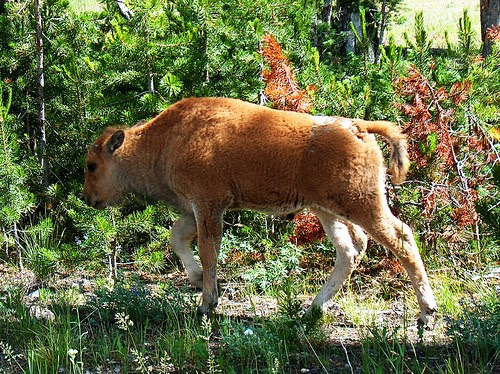 And then we found herds upon herds of them. And our sunny skies had given way to rain clouds. 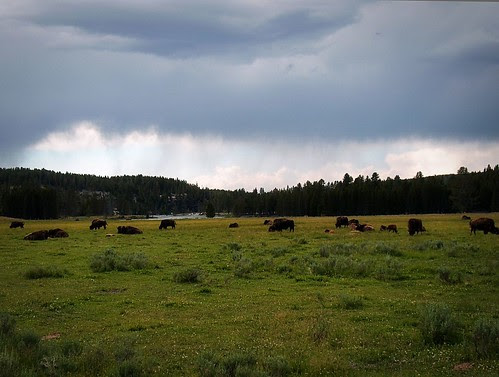 You know that smell that permeates the air after it's been really dry and hot and then, suddenly, there's a quick burst of rain that doesn't do much but get the ground wet? Insert that smell hear. The only way I can think to describe it is hot, wet dirt. It's not unpleasant. In fact, I kind of like it.

It was shortly after this that we left Yellowstone behind us, headed for Big Sky Country.