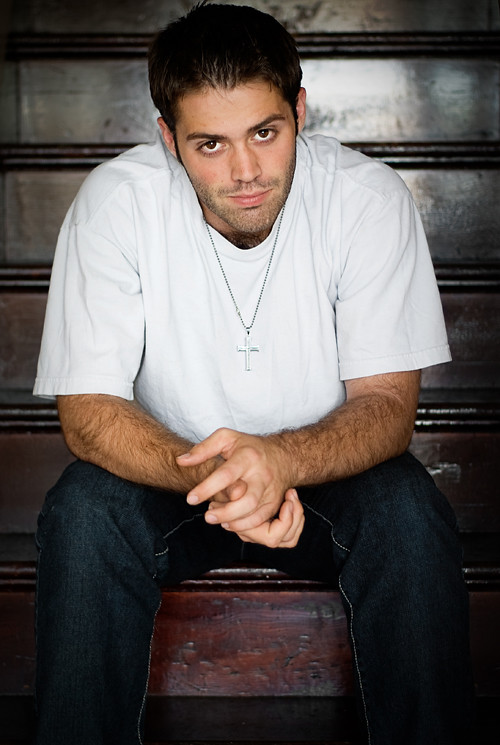 My little brother used to drive me nuts. Really, really nuts. He was irritating and always in the way. (They're specifically programmed this way, I know it.) I just wanted him to leave me alone. When he was fifteen, he moved up to Monterey and in with me and The Husband. I didn't want him to. I admit it. I was twenty and mad at my parents. I had gotten away from them and now I had to take responsibility for this pest of a little brother? This is a joke, right?!

Turns out, it wasn't that bad. Well, except for that one time when he clogged the toilet and The Husband and I came home from dinner to find water pouring down the walls, dripping through the ceiling and flooding the upstairs hallway. Yeah. It was awesome. And I've never let him live it down.

He moved back home after little more than a year. And, not too long after that, we followed. Even though we found ourselves living in the same area again, I didn't see my brother much. He turned eighteen, got a job, a girlfriend, and an apartment. I had my own job, a husband, a life of my own. We saw each other on holidays. Some holidays. To be honest, I worried that we didn't have anything in common, that, sure, I'd always love him (I mean, he is my kid brother after all), but that we'd never really be, you know, friends.

And then we both moved in with our mother. (Insert Psycho theme music here.) And we started spending more time together. We started going to the gym and he'd tag along when I'd go run errands and I started to realize something. He's... he's an... adult. And, more than that, he's funny. Sure, sometimes he laughs a little too hard at his own joke, but that just makes it better!

And then it happened. I didn't just love my brother because I had to, because he's my brother, but I started liking him, too. He's my buddy. My friend! When he's not home, it bums me out. And he totally stepped in and saved me when I started to buckle under the pressure of a sleazy tire salesman and my own inability to say "no" while we were in Utah filling up on gas before the drive home last week. He just stepped up and handled it and I was like who are you? and then I let him drive us home while I slept in the passenger's seat. Because I trusted him.

And now the turd is going to up and join the Navy. And yeah, sure, I suppose I'm proud of him... but, damn it, I'm going to miss him! Even though I am still kind of mad at him for turning twenty-three on Sunday which made me painfully aware that my own birthday is just around the corner and, damn it again, I'm just not ready to face that yet. That or him leaving for God only knows how long. The jerk.