The pictures I wish I would have taken in Phoenix.

1. The huge, pale gold moon that hung low over the desert mountains. My mean husband wouldn't let me stop for pictures.

2. The amazing sushi I had on Friday night after a normally five-hour drive took seven thanks to that wonderful Los Angeles traffic.

3. The creatures that flew frantically above us as we enjoyed a cocktail after dinner. Birds or bats, I'm still not sure.

4. The lazy river. Which totally can't be beat when it's over 100 degrees IN THE SHADE.

5. The girl who lay face-down on her inner-tube as she floated through the lazy river. With pimples on her ass. Come on, now. Either cover it up or don't lay face-down as if your pimples have a FEAR OF DROWNING.

7. Bret Michaels. Who was rumored to be lounging at the pool. If he was, we couldn't find him.

8. Our bathroom after I tried to take a bath... and wound up flooding the room.

9. The two managers and two engineers who came up to our room when the guests below us complained of a sudden leak... and their faces when I answered the door wrapped in a towel.

10. The Husband and I as we woke up hungry, achy, and sunburned at midnight after a long afternoon nap. (This would have really sucked if TBS hadn't played The Out-of-Towners and HouseSitter back to back. Instead, it was awesome. I totally confirmed my belief that Steve Martin is one of the funniest actors ever.)

11. The two of us on Sunday morning as we stumbled sleepily from our room to valet and I asked The Husband why it felt as if we'd been there for A MONTH.

The pictures I did take? 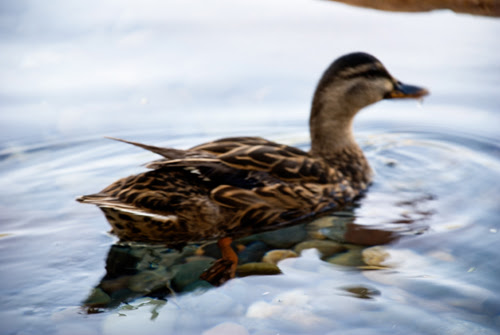 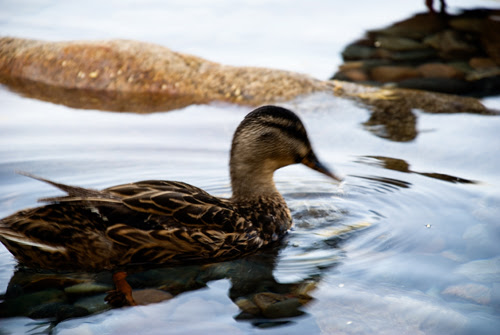 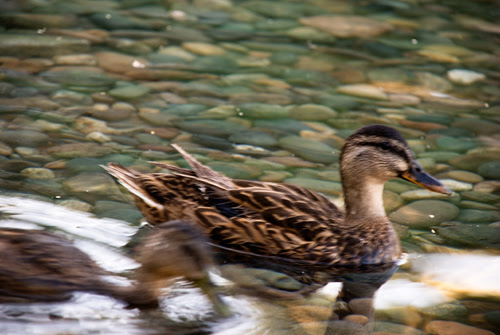 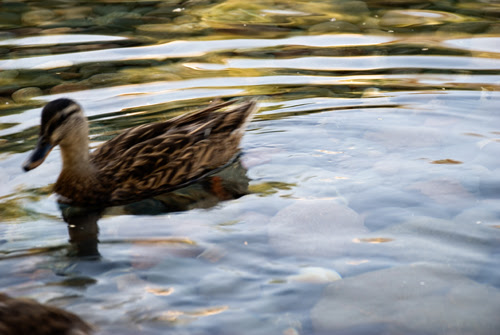 Because too much vodka. 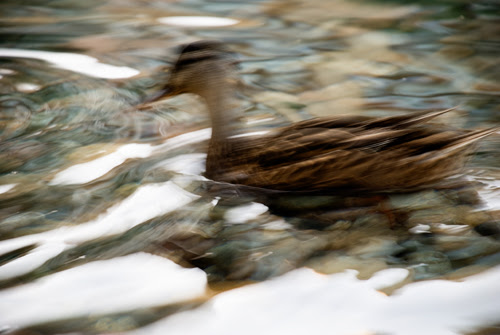 I have no words to explain these further, except I think this is when we went in search of Bret Michaels. Apparently, the ducks were the next best thing.

Which means that, to me, Bret ranks right up there with ducks. No offense, Bret. You're cute and all, but I probably wouldn't touch you with my bare hands. Because ew. 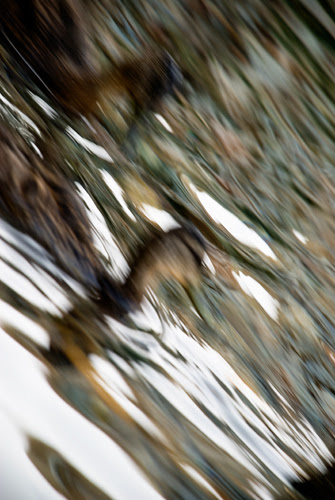 I really like how I tried to get all creative with this one. It's too bad the angle doesn't make up for the fact that I completely forgot how to operate basic camera settings.