I don't think "crazy" even begins to cover it. 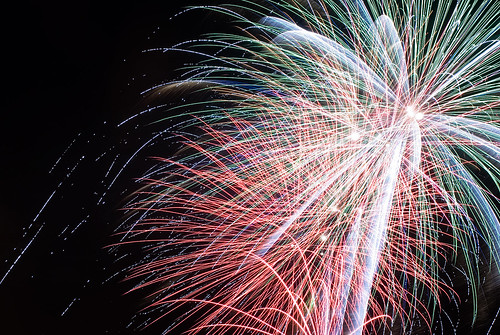 I love fireworks. I love to watch them and I love to take pictures of them. Unfortunately, I think it'll take me years to become any good 'cause I just don't get to see them often enough to practice. Still, they make me happy.

I had a great holiday. Long, but a lot of fun. Sadly, it started with me getting up at six a.m. to go into work for a couple hours. As soon as I got home it was hurry and change so we can hop on the bikes and roll down to the beach. 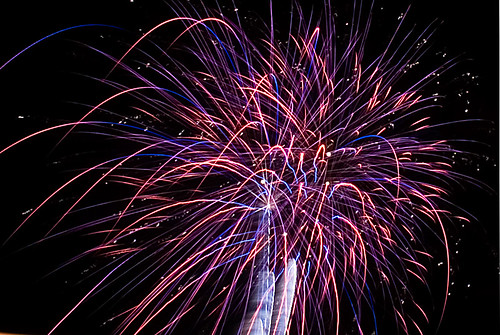 The Fourth of July is definitely my husband's holiday. He loves the crowds, the parties, the fireworks... the casual, laid-back mood of the entire day. I let him take me where he will, knowing that come Thanksgiving, he will be sucked into The Crazy that is my family with absolutely no say in the matter whatsoever. (It works for us. Sometimes.)

The beach cities get absolutely freaking nuts on the Fourth. We started in Huntington Beach where we met up with friends and watched some of the parade before having breakfast. From there, we rode down to Newport Beach. And then back again. 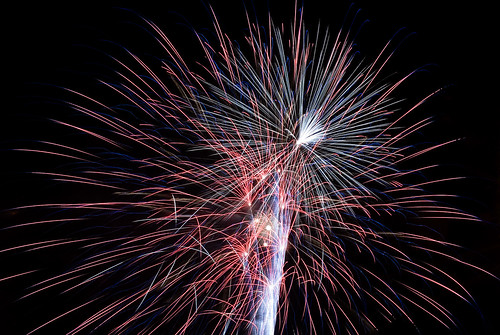 Okay, not continuously. We stood to watch the parade. We sat when we had breakfast. We stopped at a bar in Newport and sat there while we indulged in one or more adult beverages. (Holiday. Who's counting?) 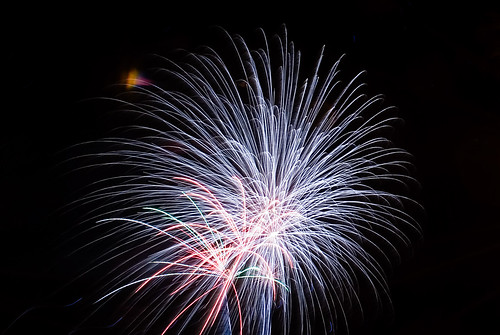 I never realized there would be such a drastic difference in the two cities during the holiday. I assumed they would be equally insane and chaotic. Huntington had it's fair share of crowds and house parties, sure... but in Newport? Those house parties spilled into the streets everywhere you looked. There were so many people that you couldn't tell where one party ended and the other began.

And the people partying in Newport? Much more willing to take their clothes off on a whim. In Huntington, I'm sure there are a fairly high number of intoxicated people willing to get naked, but you're not as likely to witness those random acts of drunk strangers like you are in Newport. 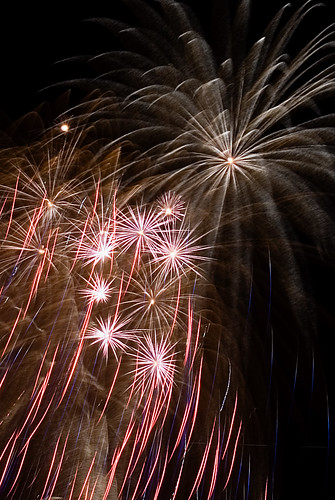 When The Husband and I finally arrived home, we both fell into bed, exhausted. As I began to drift off to sleep, he looked over, smiled, pet my hair and said, "You did so good, honey."

All I know is he better not have one single objection come Thanksgiving.