We're so the Flinstones.

The tragedy I'm about to share with you happened many, many moons ago. In, like, December. And it still pains me to talk about.

See, I was on vacation and I was having the most productive day. I was cleaning and baking and the total domestic package.

Then I went crazy. Sometimes these ideas just pop into my head and I have to drop everything I'm doing and pursue it. In the past, this unfortunate, uncontrollable occurrence has caused me to waste absurd amounts of time and money, much to The Husband's consternation.

Funny story about our video camera. The Husband and I bought it while we were living in Monterey. We'd had it maybe a year when we moved back to southern California and left poor video camera behind. Since we'd had a rocky relationship with our landlord, we never expected to see it again. But, when we went back to celebrate an anniversary, we bumped into said landlord and it was as if he'd been driving around with out forgotten box of stuff for a year just waiting to run into us. We got our video camera back! Which we took home, put away, and promptly forgot about. Guess we're just not video camera people because it's been three or four years since I've had any interest in using it.

Well, that was pre-blog. Now? I'd love to upload video. I mean, personally, I love watching videos on other blogs. It's fun getting those little snippets and insights into people's lives.

On this day in December, I got the uncontrollable urge to get out the video camera. After fiddling with it for an hour (and watching video of the drunken night before our wedding), I just had to figure out a way to get the videos onto my computer.

I didn't have any cord that worked, but figured I must've just misplaced it because, surely, in this advanced digital age, I would be able to upload the videos.

It was just after four when J and I ran off to the store. We had to stop by the grocery store and then we were going straight to wherever it was I had to go to make this work.

Except it was outside the grocery store when J started saying something about the clouds, the sun, the potential sunset blah blah blah. And by "blah blah blah" I mean we had to dash over to the beach in case she was right because I'm a total sucker for a pink sky.

And, no, I didn't have my camera, but that's okay! I have the video camera! I'll be able to post a VIDEO of the sunset! Awesome! 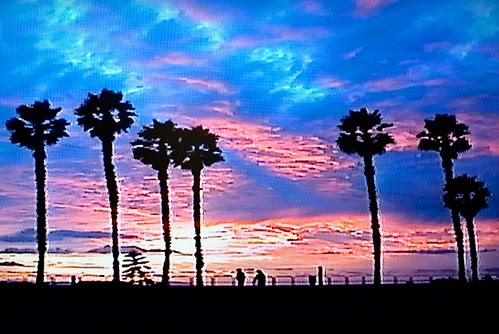 This is what we found when we arrived. You know what it reminds me of? Toasting marshmallows. You know, you don't have to hold your mallow very close to the flame for it to ignite.

It was like the sun had ignited the clouds. God, I love a pretty sunset. 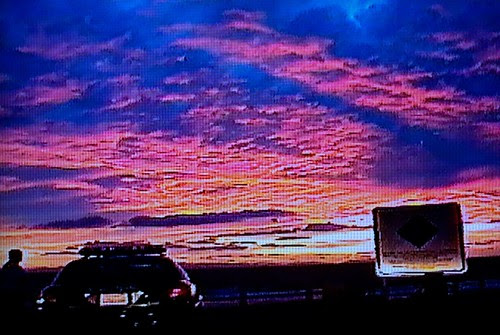 This is where I made an illegal left turn. And the cop that was parked there totally ignored me. We're, like, so laid back in Huntington Beach. (Or something.) 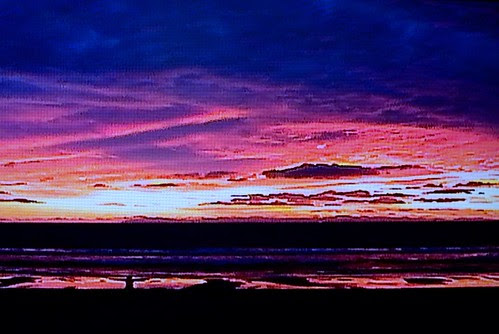 And this is where we had gotten out of the car. At this point I was in tears over having left my camera at home. Am I destined to always be unprepared? 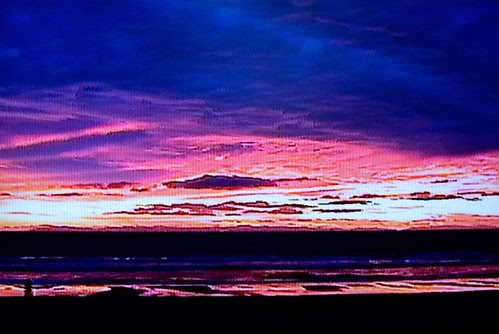 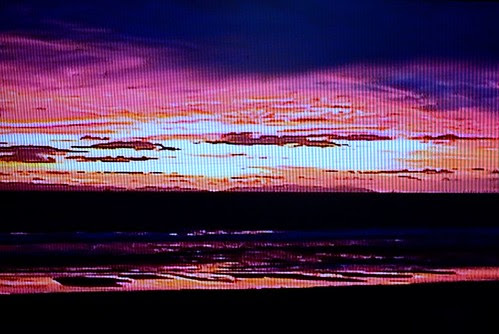 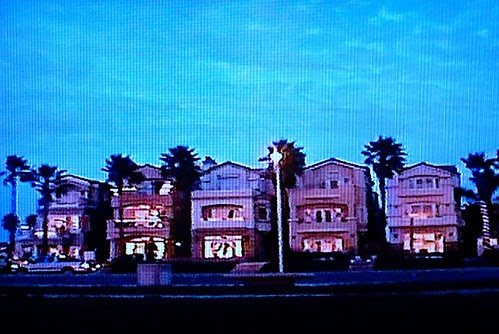 And this is when I turned around, looked at the houses directly across from the beach, and muttered "bastards." You would have totally heard that on the video.

Oh, that's right! The video! I bet you're wondering where it is. You'd like to see it, wouldn't you?

Well, turns out we bought a video camera straight from the stone ages. There's no way to get what's on this camera to my computer, unless I buy a converter to transfer the video to a CD. This costs about as much as a new camera. And The Husband won't let me buy either.

All I could do was plug the video camera into my television and watch this glorious sunset on TV.

And then we made fire for the first time ever and it was awesome.