My life is full of randomness and so my blog should be. Or something. 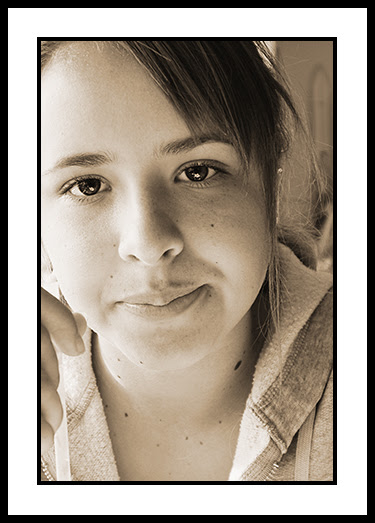 For those of you unfamiliar, that's my sister, J. She's a turkey. I'm sure she'll hate me for eight years (or until she wants me to take her driving again) when she realizes I posted that photo of her, but I don't care. I like it. She's not posing, she's not acting coy. Maybe 'cause she didn't realize I was going to snap another photo. She's just herself. A turkey.

And yes, I let my sister drive my car. Far, far away from people, children, animals, and police officers. She's fourteen and it keeps me in her good graces. That's right, I said it. I'm not afraid to admit I buy my sister's love.

These are our "kids." Luke, on the left, drinks toilet water. And he's the cutest cat to ever walk the earth. You can take my word on that. Now, there's quite a debate going on in our house. See, we came by our two kids sort of by accident. Well, Luke was by choice (I wanted a kitten), but Mercedes we took in when her owners were relocated to Hawaii (what a bummer). She was just over a year old. The Husband says they've come to think of each other as brother and sister. I say they're in love. I want everyone to be in love.

But then, I'm a hopelessly retarded romantic. What do you think? 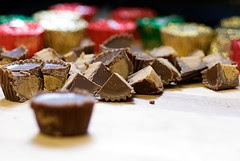 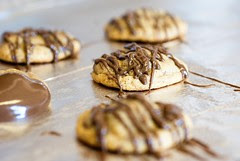 J and I made these cookies over the weekend. The Husband, not a fan of the Double Lemon Delights (which is fine, 'cause more for me), insisted that I make something with chocolate and peanut butter (his favorite sweet combo). So, I did. And he ate twenty-three of them in one sitting. And then showed off his food baby. And I really hate it when people use the phrase "food baby." And.

I will share this recipe as soon as I can. Because it's delicious and you shouldn't deprive yourself.

Thank you. The end.