Not to be confused with the car.

Our other kid cat, Mercedes. 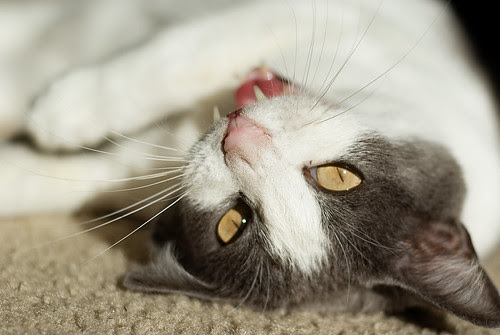 We took her in five years ago from an army couple who were relocated to Hawaii. Suddenly we were inundated with cats. I had just brought Luke home the week before and Annie, our resident fat cat, didn't want anything to do with these new-comers.

Mercedes hid under our dining room table for the first week. Then she and Luke, still just a nervous kitten, became fast friends. They wouldn't leave each others side. And still don't. 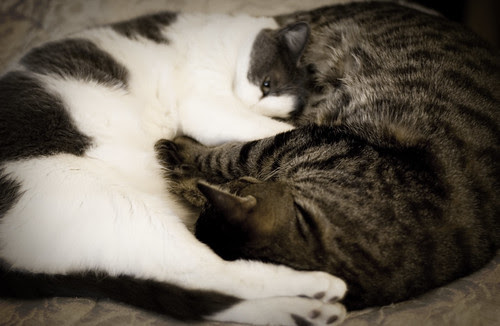 (I don't know and I don't think I want to know what's happening in the above photo.)

The Husband calls her his "dog" since she trails him everywhere. I swear, it's like they have their own secret, unspoken language. All they have to do is look at each other to communicate. It's kinda weird cute.

Since I'm still kid-less, our cats become the focal point of most of my pictures. It just so happens it's easier to take their picture while they're sleeping.