I went looking for a brownie recipe and found this one. However, once I actually made it, I swear it was a chocolate chip cookie recipe. Take a look for yourself. 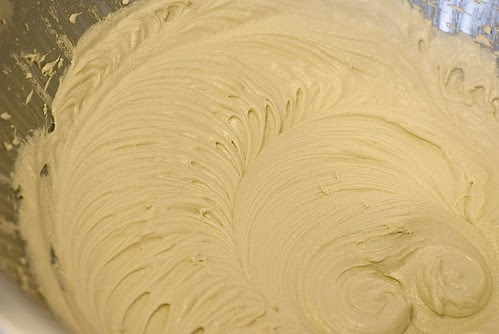 "Hello, my name is Stephanie and I still use a handheld mixer."

I'm hoping hoping hoping for one of these for Christmas, so if anyone is willing to help me wage this battle with the Husband, I need all the supporters I can get. 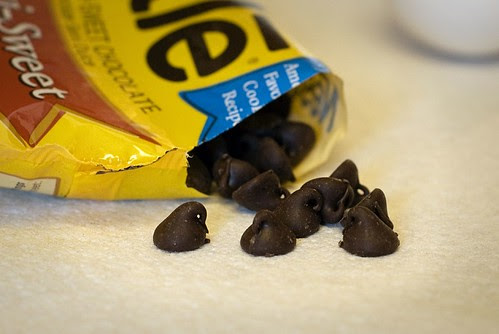 Before you do anything else, eat a few chocolate chips. You won't need them all anyway. And we don't want chocolate going to waste now, do we? 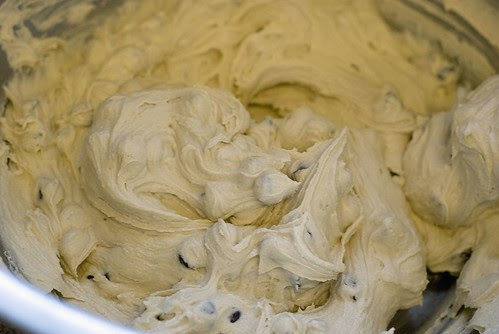 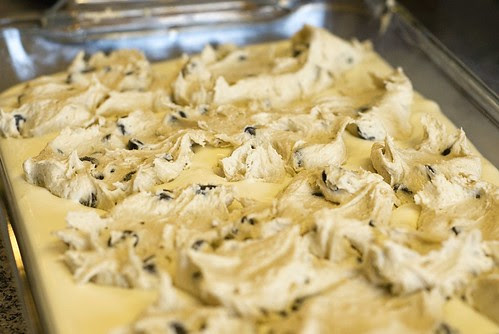 This is when I started calling them Chocolate Chip Cheesecake Cookies. You spread half of the cookie dough/brownie mixture on the bottom of the pan (which, by the way, was supposed to be thirteen by nine inches, but I only had an eight and a half by eleven... oops) then pour the cheesecake mixture over that and cover with the remaining confused brownie dough.

I could've happily taken a spoon to it at this point, but the Husband gave me the strangest look the last time I did that. Sigh.

After twenty-five minutes, it came out of the oven looking like this. 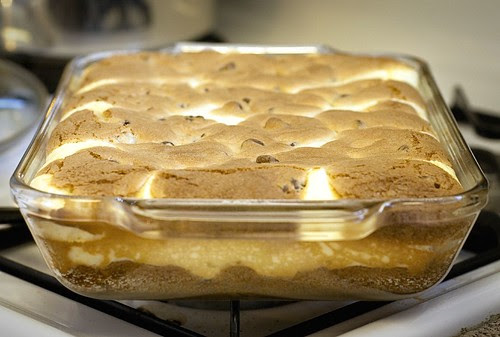 Again, I was ready to dive right in. Who cares if I could've easily sucked up the middle through a straw? It. looked. delicious.

And smelled delicious, too. And, all right, tasted delicious. Geez. Who could help themself?

It went back into the over for another forty-five minutes. And that might, might, be the reason I burned it. Yep, that's right. Burned it. 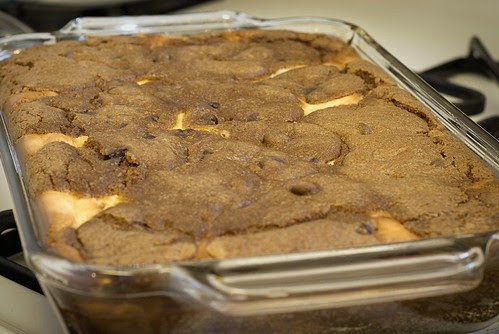 And I thought it can't be that bad! So I ate some. And it was tasty. And then the Husband ate some and said he didn't like it. And I'm always slightly crushed when the Husband says he doesn't like something I've made even though I always ask him repeatedly "Would you tell me if you didn't like it? You swear??? Okay, good." 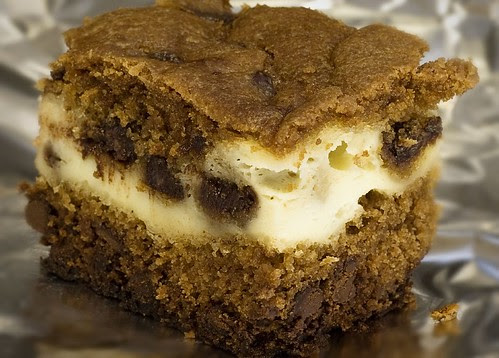 To make myself feel better, I ate another piece. And in the middle of my third, I walked into the den where the Husband was watching Tony Romo fumble the freaking ball and said, "You're right, these aren't good." 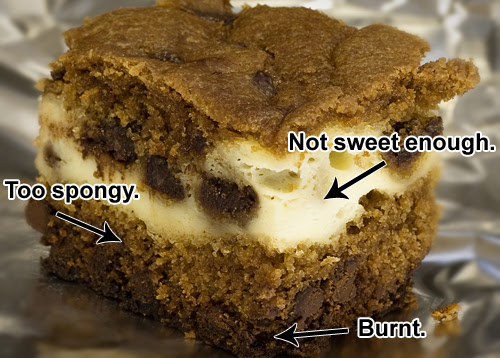 But they have potential. I might even attempt to make them again. Next time I'll use the right sized pan. If they hadn't been so thick, they wouldn't have taken so long to cook and I wouldn't have burned them. And... the cheesecake mixture should be sweeter. And the brownie-cookie-thing should be more dense. Like a brownie.

Now to find someone who can teach me how to do all that would be just fantastic.